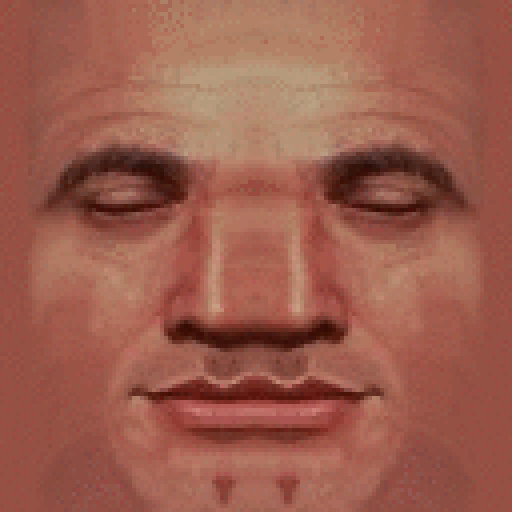 As blog “research”, I read this very long and moderately interesting half-oral history of Elite Force I+II (a Star Trek video game and its sequel).

I remembered that Elite Force was build with the Q3A engine, which I have often worked with. This engine has a particularly open design, it is really easy to get to the textures – something 10 year old me would have been surprised and delighted about.

So I downloaded the demo, dug a bit, threw some imagemagick in, and here we go:

Note: They do store only half a face and display it symmetrically, but… not really exactly half the face – maybe it helps with certain artifacts?
Anyway I made a flippy one, too, and couldn’t decide which one I like more, so here’s that one, too:

That’s from this guy: