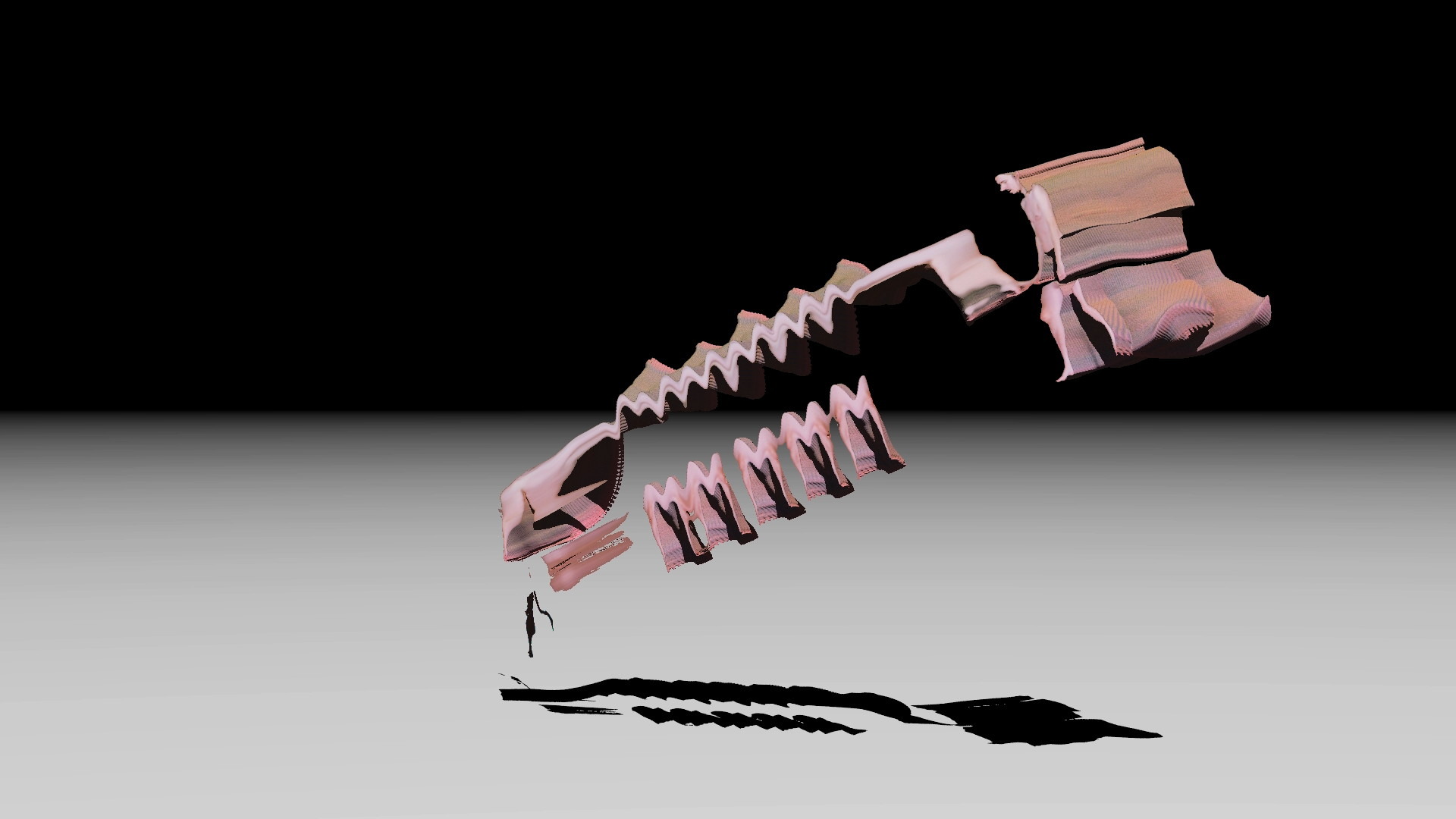 If you can’t watch in proper 3D, 2D is preferable over Anaglyph ¹

Photo sculpture, rapiscan, workout surface graph, vitruvian ghost, tomographic sausage, ball joint and spinal cord, tourniquet and hollow needle, virtual double doppelganger in the fractal mausoleum.
The fact that your own body is a threedimensional body seems obvious, but is usually only noticed under special circumstance: when you lose control over your motor skills, when you measure yourself or are measured for purposes of control, when injured, when mapped into virtual spaces. I undergo a series of experiments to study this condition.
I use experimental stereoscopic visualization techniques to contrast real and computer generated footage. Watching the projection through 3D glasses, from close distances highlights the physicality of vision and pits 3D cinema’s hyper-real body against your own.
During production I did not use neither dedicated 3D cameras or software, opting for a plethora of self-developed, ab-used, hacked and re-combined tools and devices.

¹ I chose YouTube over Vimeo for its 3D features. It remains to be seen, if they are useful at all, or merely theoretical.