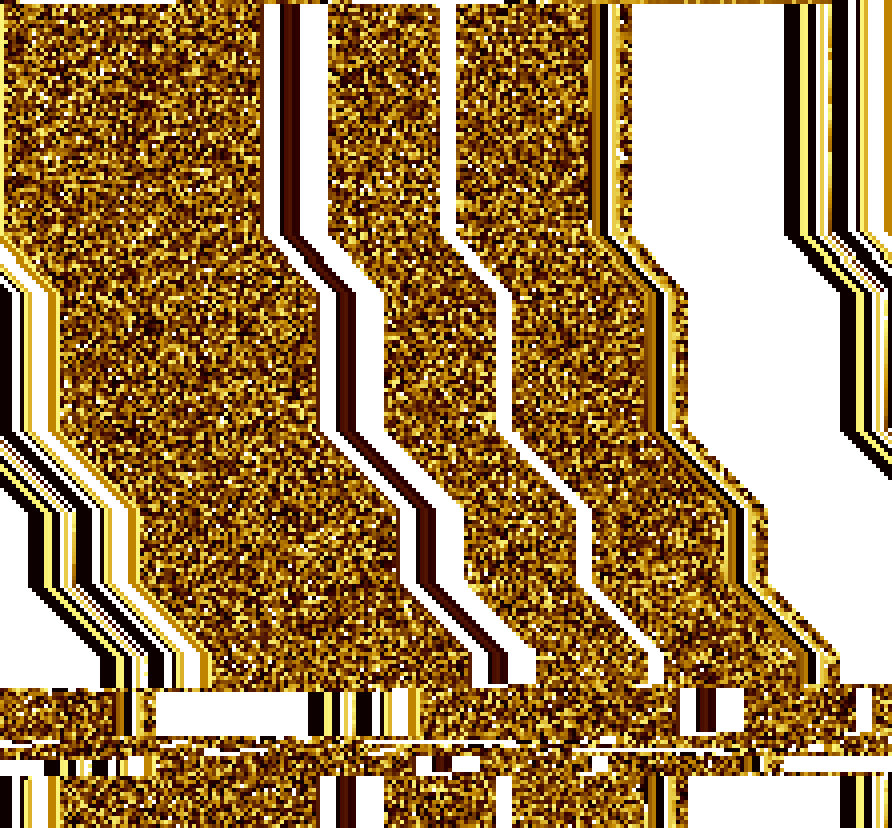 The live sound installation and “blockchain intervention” BTC motif was made for the exhibition “Art coin” that at the art space a room that…. It took place in April/May 2018 at Spinnerei Leipzig. 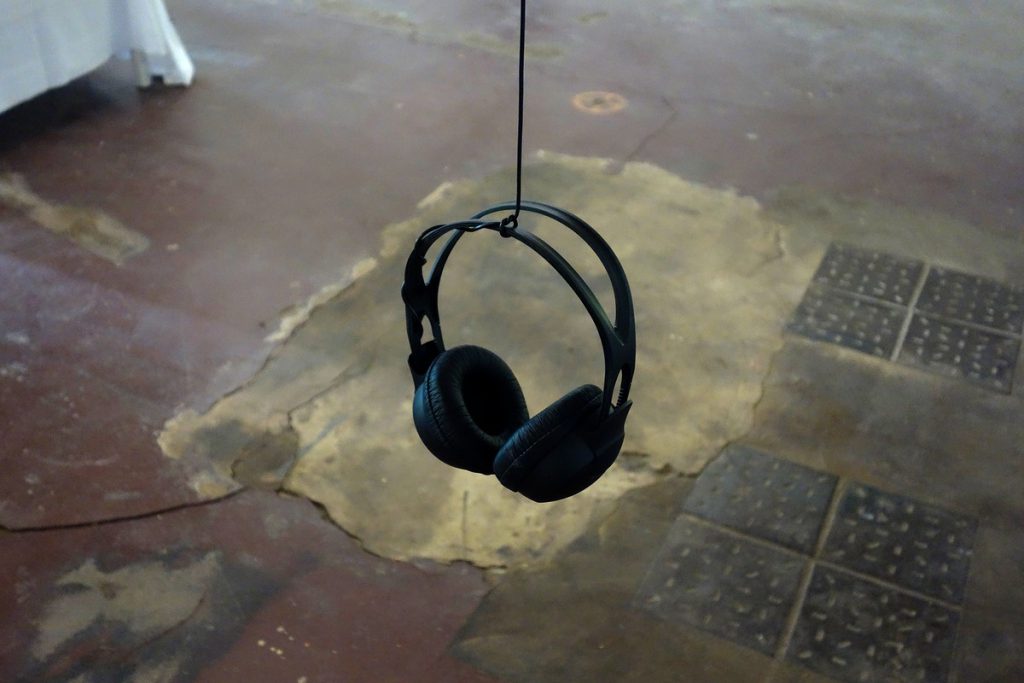 The blockchain is the central data core of the Bitcoin currency. The chain contains all transactions including senders, recipients, amounts and meta data. Other than useful information like payment references and protocol overhead the meta data also holds nonsense. Already the first entry, the so-called “genesis block“, encodes a snarky quote about the bail-out of (brick-and-mortar) banks. In line with its mythology it is followed by programmer humor, bible quotes, wedding announcements, grafitti-like territorial tags, signatures and images.

The blockchain is decentralized and forces participating computers to download and save all this data. Depending on the country of residence, this can be problematic, when embedded text or media violates the law or copyright. Trolls rejoice, but this also posits an interesting question about value and values: Does this turn a billion-dollar endeavor suddenly illegal? How unlawful is still worth it? How big is too big to fail?

In the first part of BTC motif I present a system that translates the flow of transactions into something like music: deposits and withdrawals become chords, musical notes in meta data become melodies, a voice recites embedded text fragments.

In the second part I make a bitcoin transaction which ends up as a musical cryptogram in the blockchain. Played through my system, it decodes to the song “Happy Birthday To You” – which would be another copyright infringement, had not a court declared the copyright claim invalid in 2015 (after it had been earning the copyright holders millions for decades).

Should you be interested in any of the code, please do not hesitate to contact me! It is just not in shape to release it as-is.

To turn transactions into something vaguely musical

Hear for yourself & proof

I have talked about the project on my radio show.