We’re at a remote location, we want to stream a live-produced radio show into the studio for further re-broadcasting.
We have two possibilities:
A. let VLC transcode and server, and we’ll reverse-tunnel it to the receiver
B. we funnel the mixed audio through the web-based (video) conferencing app Jitsi

When you’re WiFi is strong, we can try…

A. CBR MP3 stream over http via VLC through a SSH tunnel 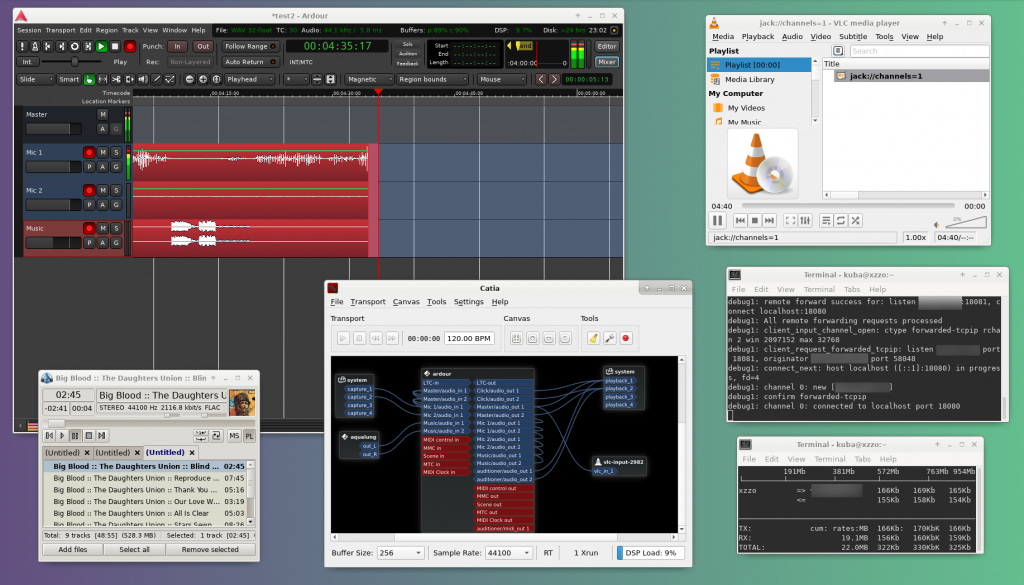 …when people show up and pollute the WiFi space with their smartphones, we switch to…

B. stream over Jitsi 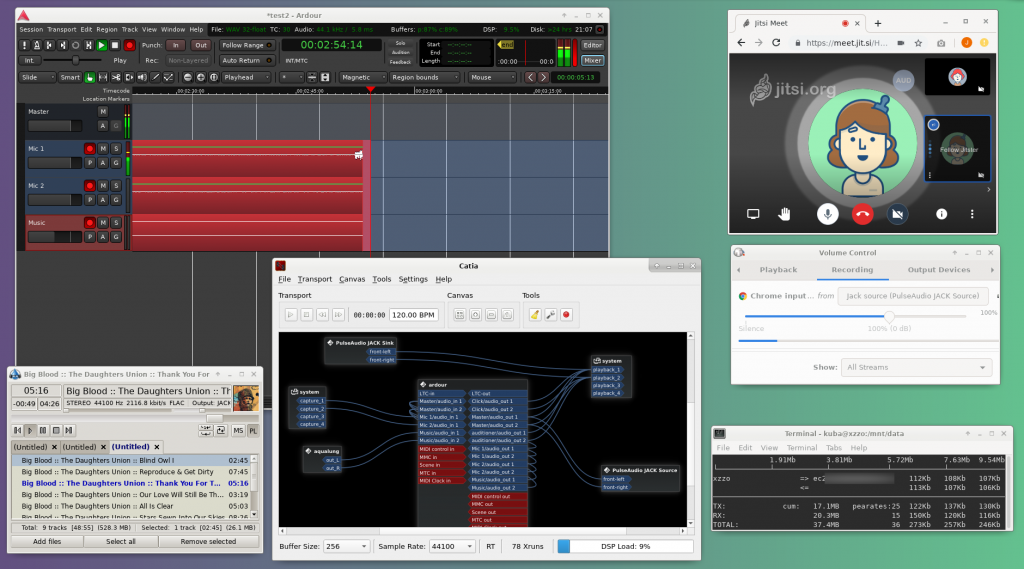